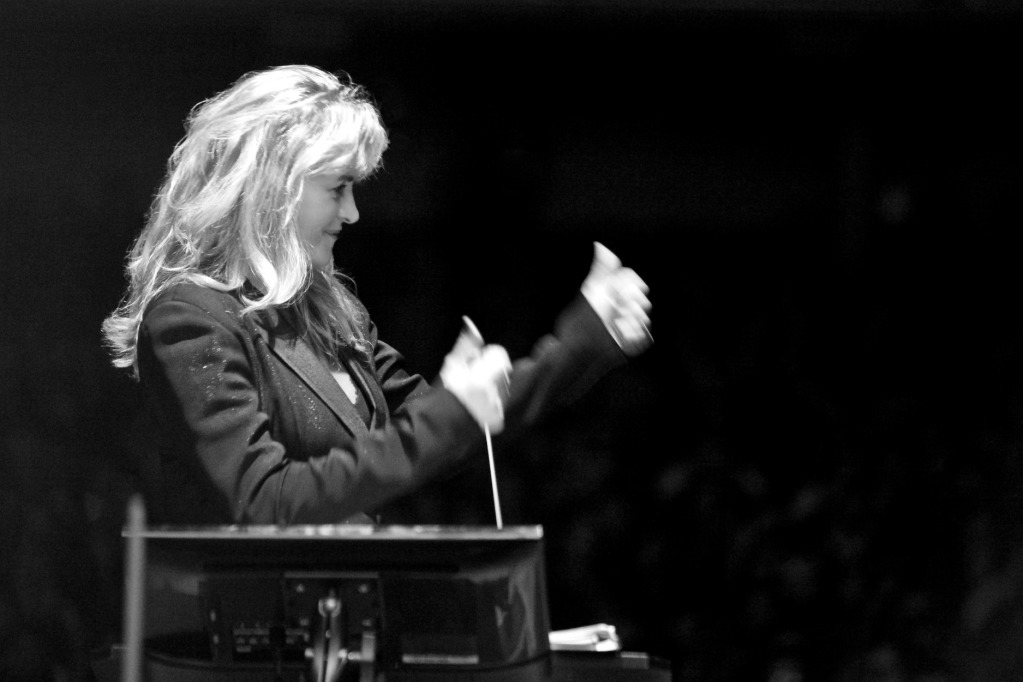 is known most recently as founder of Orchestra Moderne NYC, a game-changing orchestra in New York City that made their triumphant debut at Carnegie Hall in 2017, and Alice Tully Hall, Lincoln Center in 2019. Appearances on the Late Show with Stephen Colbert, CBS Morning News, CBS Evening News and press coverage in the Wall Street Journal have led music critic Norman Lebrecht to call her “America’s most watched Symphony Orchestra Conductor.”

Ms. Andersson has toured to over twenty-two countries as a conductor of operatic, symphonic, Broadway musical, and video game repertoire..

She has made appearances with:

In February 2020, Ms. Andersson, composer Lolita Ritmanis and sound engineer Mark Mattson traveled to Riga, Latvia in 2020 to record the Women Warriors soundtrack album with the 75 piece Riga Studio Orchestra and The Riga Cathedral Girls’ Choir TIARA. The album was released on February 4th, 2021 in commemoration of Rosa Park’s birthday. Ms. Andersson is executive album producer and Lolita Ritmanis and Mark Mattson are album producers. It is available on Spotify, Apple Music, iTunes, Pandora, YouTube and other platforms.

Known for her commitment to nurturing the careers of young opera singers, she was music director for three summer festival seasons at the Junge Oper Schloss Weikersheim in Germany, conducting new productions of La Boheme, Carmen and La Traviata, and was music director of a new production of Cosi fan tutte at the Rheinsberg Chamber Opera, conducting ten performances with attendance totaling over 40,000 people. She was also music director of the Colorado Light Opera, conducting twenty-five performances total of Man of La Mancha and South Pacific with a cast of young singers.

Ms. Anderson is an inspiring conducting teacher. She has been adjunct professor at the University Der Kunste Berlin and  Brooklyn College at Feirstein Graduate School of Cinema, where she taught orchestra conducting to media and film scoring students. She has led masterclasses for the Alliance for Women Film Composers and the Society of Lyricists and Composers in both New York and Los Angeles.

In season 2015-2017 Ms. Andersson was music director of the world tour of The Legend of Zelda: Symphony of the Goddesses, and in 2014 toured with the video game show Replay: Symphony of Heroes.