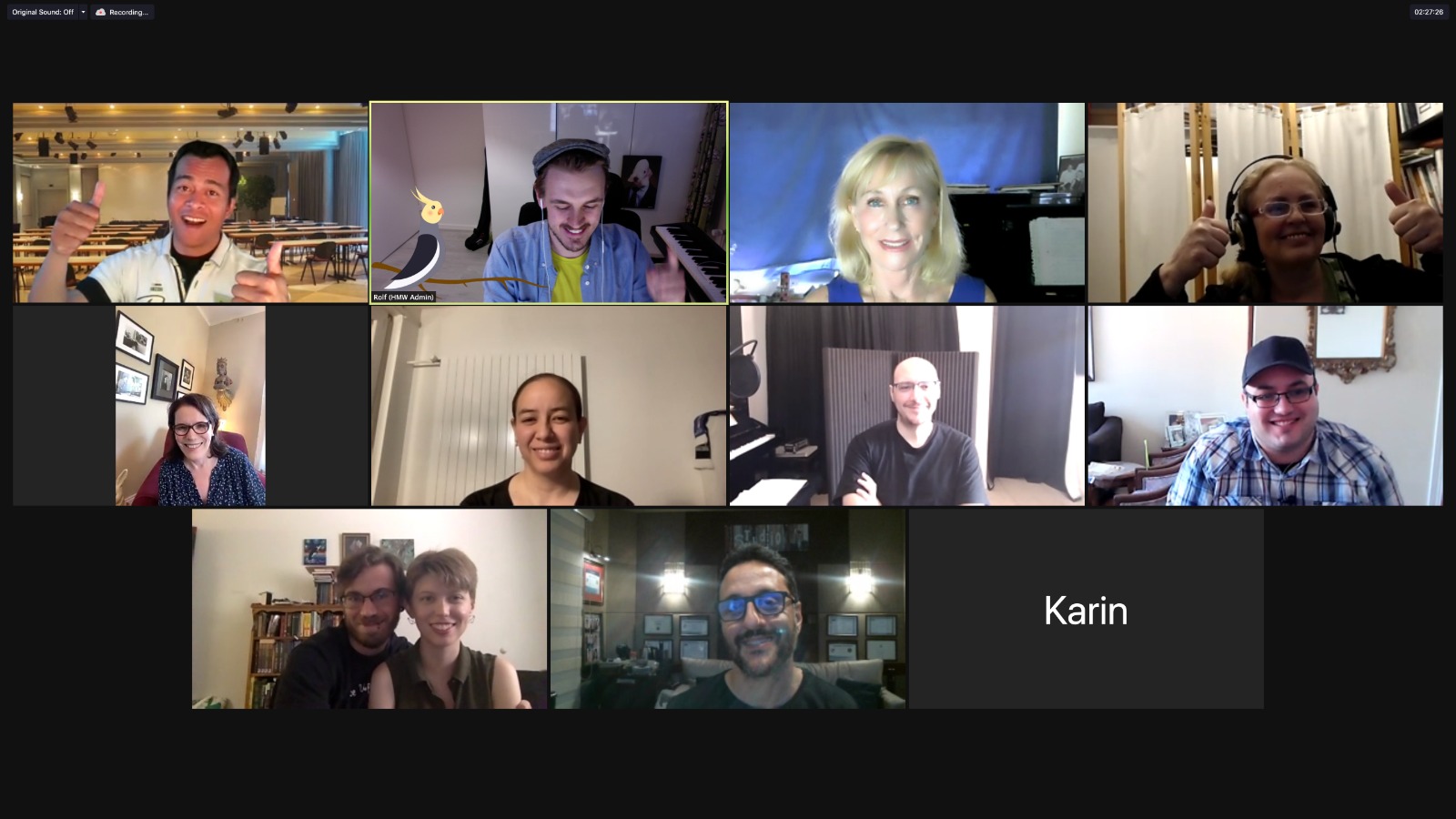 ‘Composing for Musical Theatre’ with our esteemed faculty member Nan Schwartz finished with a cheerful and inspirational vibe. Nan’s writing partner, Lorraine Feather visited the class to talk about lyric writing and her career in general.

The participants had the opportunity to present and pitch their own musicals that they developed during the weekend, taking away great insights into how to approach song writing, lyric writing & the core of musical theatre.

Image /left:
A happy & highly inspired class at the end of an outstandingly creative weekend ! 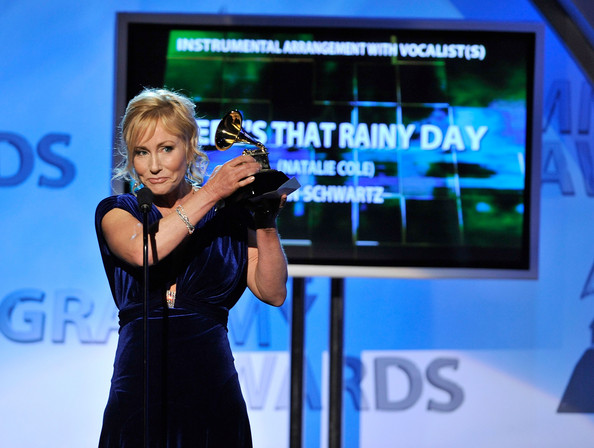 Grammy®-Award winning arranger/composer Nan Schwartz invites you to join her as she explores her new journey into the world of musical theatre.

Nan is currently composing two musicals, both in development: In The Wash and The Grammarians. Students will get a sneak preview of the songs she’s written thus far. She will discuss how she became involved in these projects, her composing process, working with the show creator and lyricist, orchestrating and performing demos, recording vocals, and much more.

Making a special guest appearance will be the acclaimed lyricist on both of Nan’s musicals, Lorraine Feather. 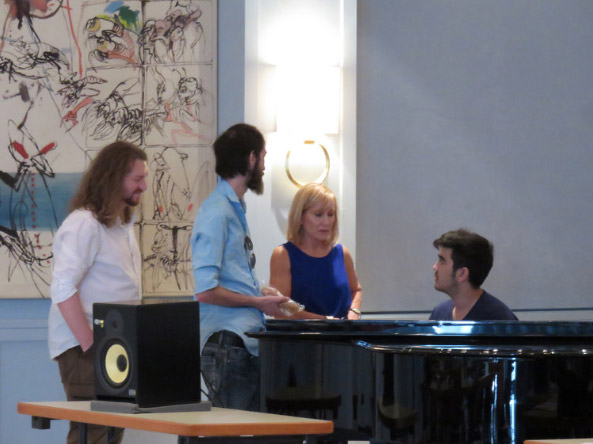 It is no surprise that Grammy winner, five-time Grammy nominee and seven-time Emmy nominee Nan Schwartz is considered a pioneer for women composers. Her family legacy includes a father who played with the Glenn Miller Orchestra and performed on nearly every Frank Sinatra recording, and a mother who performed such chart-topping hits as “Chicago” and “On the Sunny Side of the Street” for musical legend Tommy Dorsey before going on to work as a studio singer for Frank Sinatra, Dean Martin, Judy Garland, Henry Mancini, and Sonny and Cher, among others. Nan embarked upon a successful career that has seen her score and orchestrate music for countless memorable television series and films, including In the Heat of the Night and Argo.

Award recognition quickly followed Nan’s pioneering efforts in the industry leading to a record 7 Emmy nominations, a Grammy win for her elegant and sophisticated arrangement of ‘Here’s That Rainy Day’ for Natalie Cole, two 2014 Grammy nominations (Gianmarco & Amy Dickson), and a 2013 Grammy nomination (The London Symphony Orchestra). A proponent of melodic, harmonically-rich music, Nan’s unique style has made its mark in film, television, the recording industry,  as well as the concert stage.   Nan’s diversity and depth of experience in all musical venues – themes, songs, episodic television, and film – from all-electronic projects to hundred-piece orchestral settings- have helped create her sterling reputation as one of the world’s most talented composer/arrangers.

Stylistic scores for a number of television movies and series including “In The Heat of The Night.”
Grammy Award winning arrangements for Natalie Cole, Grammy nominations for arrangements for Peruvian pop singer Gianmarco (2013 Latin Grammy Album of the Year nominee), Alto Saxophonist Amy Dickson, the London Symphony Orchestra, and John Williams and the Boston Pops Orchestra. She has also had a hand in the orchestration of many film scores including ‘Godzilla’, ‘Harry Potter and the Deathly Hollows, Part I’, ‘Argo’, ‘The Life of Pi’, ‘Julie and Julia’, ‘My One and Only’, ‘The Curious Case of Benjamin Button’, ‘Uptown Girls’, ‘Freedom Writers’, ‘Bobby’, and ‘Lions for Lambs’, among others.
Numerous arranging credits for artists Ray Charles, jazz clarinetist Eddie Daniels, jazz vocalists Mark Murphy and Kevin Mahogany, opera singer/crossover artist Thomas Quastoff, and trumpeter Till Brönner.

Schwartz has had many commissions in the songwriting field including the Emmy-nominated “All The Days”, collaborations with the iconic lyricist Paul Williams, and across the Latin music market. She’s also had symphonic commissions from The New American Orchestra, Doc Severinsen, and The Henry Mancini Institute Orchestra, and has conducted orchestras in America and Europe, including the Deutsches Symphonie Orchestra of Berlin.

Via the SOUNDCLOUD-link you can listen to musical excerpts from “IN THE WASH”.
Click to listen on Soundcloud ..