Following the success of our summer HMW-Zoom sessions we were proud to introduce:

Joanna Wallfisch
‘‘Songwriting and the Voice in Motion Picture and Beyond‘‘

IHFMW lecturer and renowned artistic vocalist Jo Wallfisch was demonstrating her outstanding talents with a special song composed and performed live during her Zoom session for an international audience of highly motivated participants.Each of the participants were given their individual ”song prompt” and exactly an hour to write and demo a song for the whole class.
Joanna herself took on the very same challenge and wrote this adorable love theme in just under 60 minutes!

This course was an outstanding expirience providing deep insight in song-writing, understanding the functionality & possibilities of the human voice, how to transfer your imaginations as a composer to the session singer and last but not least tons of fun in a wonderful, but still highly professional atmosphere that truly reflected the slogan “Lean from the best.” 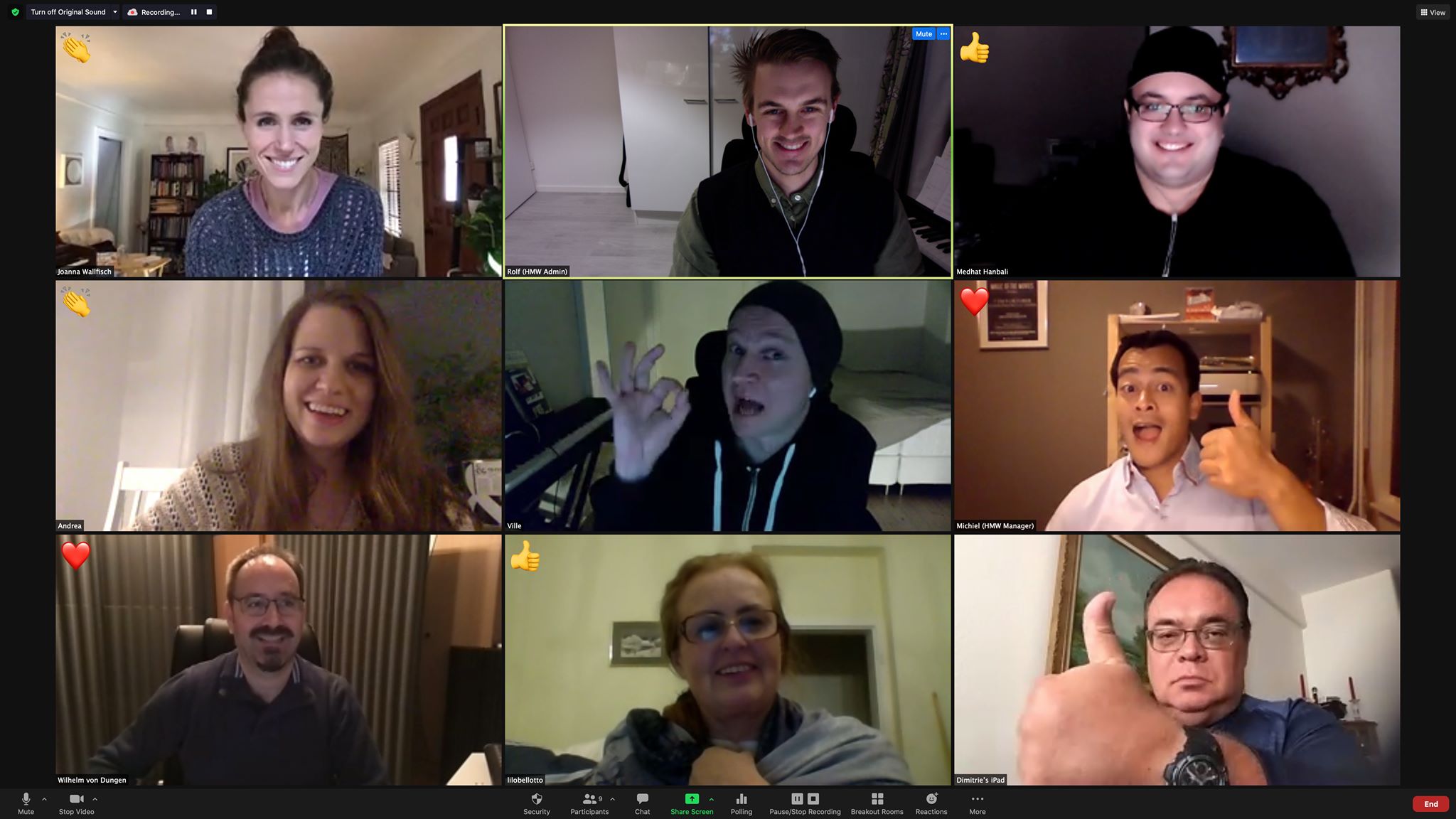 As a both a performer and composer, Joanna is a master in the art of live vocal looping and plays multiple instruments including baritone ukulele, guitar, piano, and flute. Her music defies genre classification as she effortlessly imbues her songs with nuances of jazz, classical, art-song, and folk, using “clear-eyed poetry” (Boston Globe) sung with “striking vocals” (Hothouse). Her songwriting extends beyond just lyrics and melody, and Joanna loves to arrange for large and small ensembles including string quartets, winds, a cappella voices, big band and more.

Described by Downbeat Magazine as “an exquisite singer-songwriter”, Joanna’s music conveys a beauty of a many-coloured sort that speaks to straight to the human condition. Her songs and “sublime voice” (The Telegraph) reveal personal truths about love, loss, adventure, home and hope. World Music Report described her 2018 album as “quintessential heart-music by a vocalist who seems to have connected with the deepest recesses of her being emerging into brightness again with songs of haunting beauty.”

She has worked on multiple film soundtracks and commercials, as both a vocalist, lyricist and songwriter.

Her original song “Satellite” is featured in the movie Pressure, starring Danny Huston, and she also wrote lyrics for the featured soundtrack song “Summer Rain”. Other credits include:

She is also the featured vocalist on the national ad campaign of Hillshire Farm. She also scored her own documentary The Great Song Cycle, Down Under.

Alongside Joanna’s musical career she is a passionate educator and takes her songwriting and teaching skills to outreach programs, schools and colleges.

This masterclass is designed for composers, songwriters and vocalists, and will be fully interactive. Come prepared to sing, discuss, and share your music. There will also be an assignment to be completed between day 1+2.

Apply Now
We use cookies to ensure that we give you the best experience on our website. If you continue to use this site we will assume that you agree with their use.OkClick here for more information