It s a privilege to salute Conrad Pope who holds a high place among the greatest musicians ever to work in film.

Conrad Pope is the master to learn from!
It is an absolute pleasure, honor and a truly great privilege to work with him.

She just killed me. Her arrangements are absolutely divine. She gives these songs such a visual sense, they come alive and really pull you in!

Your chart is a masterpiece!

With Conrad Pope and Nan Schwartz

This six day course will provide an insider’s look at “orchestration” of film music. From basic instrumentation to complete execution of a score, every step of writing professionally for an orchestra in today’s film world will be addressed.  The course will include an overview of all the instruments and instrumental families of today’s orchestra, their characteristics, their strong and weak points and how to use them effectively in an orchestration. Also determining the orchestra size for particular genres of scores as well as adapting to budgetary constraints will be discussed.

The relationship between writing for the orchestra with regard to stemming and “hybrid scores” ( scores with “live” and pre-recorded components) will also be studied. Examples from film scores and the literature will be used to underscore all the major points. New this year will be a conducting/recording production section where the preparation of scores, score study, basic conducting techniques and the production of musically coherent performances- from “good ensemble”, “blend” and musical expression- will be explored. Providing the tools to know how to notate, perform and produce what you have composed is the goal of the course.

The German philosopher Immanuel Kant, the J.S. Bach of philosophy, once said: “Science is organized knowledge. Wisdom is organized life.” Nan and Conrad will cover both, the science and the wisdom of orchestration and arranging – wisdom you won’t find in many books, which makes this class very special and a lot of fun.

In-Class Assignment for Orchestration with Conrad: This assignment will be for those who are interested to work also practically during this class. Your assignment will be to produce a professional score out of a midi mock-up of an arrangement which the composer your are assumed to be working for produced in his DAW. You will receive it as a midi data export of the different tracks of the composer’s mock-up.

Tools and Skills: The most important tool here will be a professional notation program such as Sibelius or Finale. It is not required that you have a good sound-set for your notation program as Conrad will only review your score (he knows how it sounds anyway form the midi mock-up – not to mention that Conrad has the inner ear…).

You might find a DAW with midi editing capabilities handy to look at the midi data in case it looks strange when you import it into your notation program. A DAW can also help you by hard quantizing the midi data before you import it into the notation program as a first step. Also the composer might have used different midi tracks for the same instrument for different articulations as not all sample libraries work with key switching. It is easier to stitch those midi regions back together in your DAW compared to the notation program. For this work you might find it also useful if your DAW has already score display capabilities – but it is not crucial. You can also do this pre-step with a DAW like Studio One or Pro-Tools as they can edit midi data.

In-Class Assignment for Arranging with Nan: This assignment will be for those who are interested to work also practically during this class. Your assignment will be to produce a midi mock-up of an arrangement for a tune – which will be handed out during the class.

You will have to present your music as a music mix – a score will not be required.

Tools and Skills: You will need a DAW and some sample libraries covering orchestral and typical big band instruments. Its not required that the DAW has scoring capabilities (i.g. music notation) as a score review will not be part of the assignment – however score display capabilities can be of an advantage for the instructor during his review. DAWs like Logic, Cubase, Pro Tools, Digital Performer or Studio One are all examples of DAWs suitable for this task – however Studio One and Pro Tools do not have score display features. 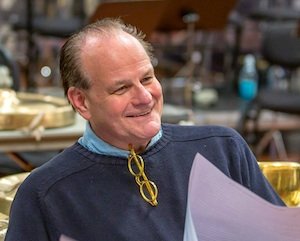 Conrad Pope is one of the most respected and trusted musicians working today in Hollywood.

Composers such as John Williams, Alexandre Desplat, Jerry Goldsmith, Danny Elfman, James Horner and Howard Shore have all called upon his expertise as a one of the industry’s top orchestrators as well as his abilities as a conductor and score producer, making him one of the most “in demand” scoring professionals. 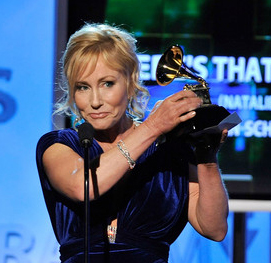 is considered a pioneer for women composers & known for her outstandingly unique arrangements. Her family legacy includes a father who played with the Glenn Miller Orchestra and performed on nearly every Frank Sinatra recording, and a mother who performed such chart-topping hits as “Chicago” and “On the Sunny Side of the Street” for musical legend Tommy Dorsey before going on to work as a studio singer for Frank Sinatra, Dean Martin, Judy Garland, Henry Mancini, and Sonny and Cher, among others.

Award recognition quickly followed Nan’s pioneering efforts in the industry leading to a record 7 Emmy nominations, a Grammy win for her elegant and sophisticated arrangement of “Here’s That Rainy Day” for Natalie Cole, two 2014 Grammy nominations (Gianmarco & Amy Dickson), and a 2013 Grammy nomination (The London Symphony Orchestra). A proponent of melodic, harmonically-rich music, Nan’s unique style has made its mark in film, television, the recording industry,  as well as the concert stage.   Nan’s diversity and depth of experience in all musical venues – themes, songs, episodic television, and film – from all-electronic projects to hundred-piece orchestral settings- have helped create her sterling reputation as one of the world’s most talented composer/arrangers.

Stylistic scores for a number of television movies and series including “In The Heat of The Night.”
Grammy Award winning arrangements for Natalie Cole, Grammy nominations for arrangements for Peruvian pop singer Gianmarco (2013 Latin Grammy Album of the Year nominee), Alto Saxophonist Amy Dickson, the London Symphony Orchestra, and John Williams and the Boston Pops Orchestra.Orchestration on the films “Godzilla,” “Harry Potter and the Deathly Hollows, Part I”, “Argo”, “The Life of Pi”, ”Julie and Julia, “My One and Only,” “Benjamin Button,”  ”Uptown Girls, ”Freedom Writers,” “Bobby,” and “Lions for Lambs,” among others.
Numerous arranging credits for artists Ray Charles, jazz clarinetist Eddie Daniels, jazz vocalists Mark Murphy and Kevin Mahogany, opera singer/crossover artist Thomas Quastoff, and trumpeter Till Brönner.

A CD series for Warner Bros. Discovery Records entitled “Jazz at the Movies.”
Symphony commissions from The New American Orchestra, Doc Severinsen, and The Henry Mancini Institute Orchestra.
Songwriting, including the Emmy-nominated “All The Days”, collaborations with the iconic lyricist Paul Williams,  as well as numerous songs for the Latin market.
Conducting orchestras in America and Europe, including the Deutsches Symphonie Orchestra of Berlin.

We use cookies to ensure that we give you the best experience on our website. If you continue to use this site we will assume that you agree with their use.OkClick here for more information