Hollywood Music Workshop is proud to announce the fifth edition of John Lunn´s course, brought to you by one of the best in this genre:

John Lunn will explore with his participants all the ways on how to follow a storyline as well as the occurrences and situations presented in the movie. In his course you will learn how to express musically the story and the empathy behind it. You will put yourself  into the character and find your harmonic line. As a result the story and the fates of people will reflect itself in your music.

John Lunn will bring,  as a special benefit to the students, clips from the highly successful movie Downton Abbey 2 and the latest edition of the Last Kingdom series which are released in March 2023 among others.

Participants will have the chance to compose their versions to them and receive extremely valuable feedback.

As a special highlight of John’s course, his students will have the opportunity to gather very important guidelines about being involved in the film music industry on numerous occasions in pleasant social settings such as pub visits after the regular teaching hours.

In-Class Assignment: John will be bringing a variety of film clips with him to HMW. Student assignments will be to produce a midi mock-up of a cue (or cues). Video content will be provided to each student in Apple QuickTime format.

It’s not required that the DAW has music notation capabilities, as a score review will not be part of the assignment – however such capabilities can be of an advantage for the instructor during his review. DAWs like Logic, Cubase, Pro Tools, Digital Performer or Studio One are all examples of DAWs suitable for this task – however Studio One and Pro Tools do not have notation display features. 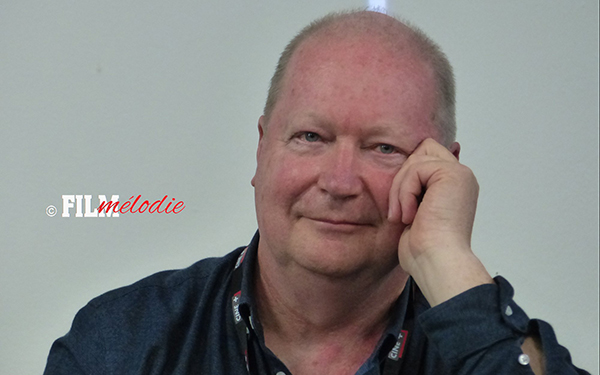 John Lunn’s music possesses a wonderfully unique voice that spans a wide spectrum of musical styles. Classically trained, yet contemporary in attitude, he combines a highly intelligent and sensitive approach with a sound that always hits at the emotional heart of a piece. His scores, which match the highest production values with a continual desire to discover new colors and sounds, are continuously in high demand. He is probably best known for scoring the hugely successful flagship Films drama, Downton Abbey, for which he has received two Primetime Emmy Awards, in 2012 and 2013 and a further nomination in 2014, as well as a BAFTA nomination in 2012.

John’s recent work includes the adaption of The Grantchester Mysteries by author James Runcie, Red Planet’s epic WW1 drama The Passing Bells, the feature film Electricity starring Agyness Deyn, Burton and Taylor (starring Dominic West and Helena Bonham-Carter), Shetland, The White Queen (based on the bestselling novel by Phillipa Gregory), for which he also received a Primetime Emmy nomination in 2014, and the reimagining of Hitchcock’s classic The Lady Vanishes, all for the BBC.

In 2018, he is currently scoring Jamestown Season 2 from the producers of Downton, Season 3 of The Last Kingdom, an adaptation of Bernard Cornwell’s best selling “The Saxon Stories” for BBC/BBC America, and Shetland Season 4.

He has received critical acclaim for three adaptations of Charles Dickens classics: the BBC/Masterpiece centenary adaptation of The Mystery of Edwin Drood, for which he was nominated for an Ivor Novello Award (2013), a 14-part re-imagining of Little Dorrit (2008), which garnered both a BAFTA nomination and his first Primetime Emmy nomination, and Bleak House (2006), for which he received RTS Best Score and Best Title nominations.